Federalism is what states and the federal government can and can't do under the 10th amendment in terms of regulatory powers. Two great examples of court cases concerning Federalism are Reno v. Condon (1999) and Brown v. Board of Edu (1954). Both cases had to do with what the states could and could not regulate. Reno had to do with the the DMV of South Carolina selling personal information to businesses and companies, violating a federal law created earlier protecting the privacy of drivers. The Supreme Court ruled in favor of the federal government. Brown decided that segregated schools were not separate but equal, as previously established by Plessy v. Ferguson. What kickstarted the birth of the Civil Rights Act of 1964 wasn't Brown. It was the year of 1963 when the Alabaman governor prevented university students from entering the previously all white university and was forced to cease his behavior by the Attorney General and the National Guard. After this drama, all previously white schools became desegregated and in 1964 LBJ signed the Civil Rights Act into law. Analyzing this, federalism plays a huge role in all of these events. 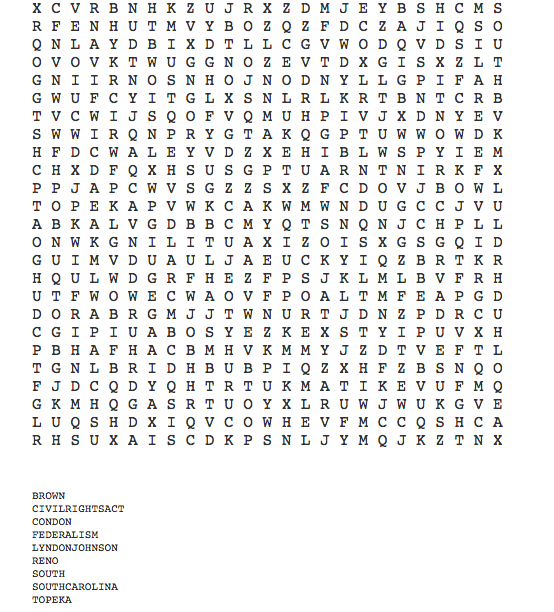